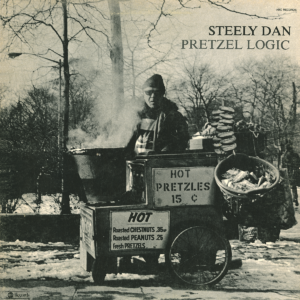 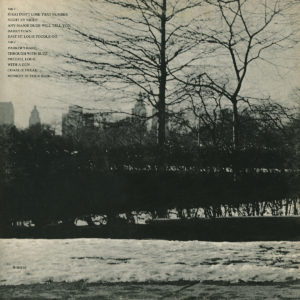 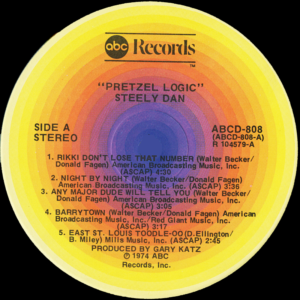 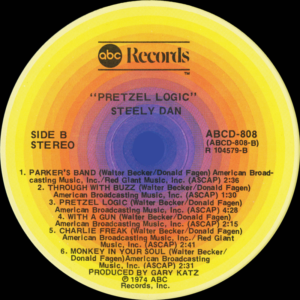 Front cover:  The cover is pretty scratched up – likely it’s every bit as old as the copyright.  I “cloned” for a while to make this one happen.

Gatefold:  Oddly, the gatefold is also really scratched up.  More cloning.  I didn’t stand a chance of removing the crease so I didn’t try.  Do yourself a favor and open it in a new tab to see it in it’s full glory.

Back cover:  Same scratchiness here.  I got it all but it took time.

Labels:  The labels aren’t bad but “Side A” had a major defect:  the printing went right over the spindle hole so about three letters in “Rikki…” are partially cut off.  I spent some time putting them back as believably as I could.  Removal of the spindle hole wasn’t easy either.