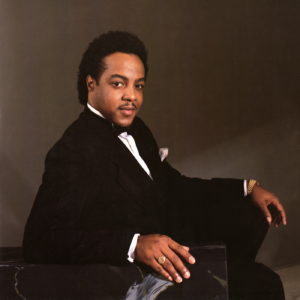 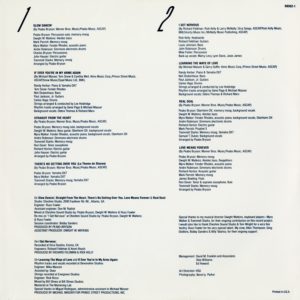 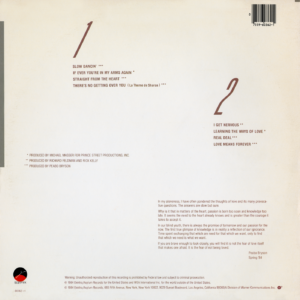 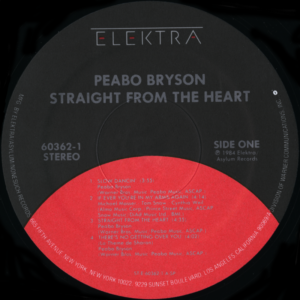 Front cover:  This is one of those that was revealed to be in worse shape than it appears to be when you hold it on your hand.  It had quite a few hairline scratches not really that visible when it’s in front of you and those scratches are in the most inconvenient places.  As a result, this one took a while.  This one was a rough ride but it looks pretty good.  I figured that the cover had yellowed a bit due to age (34 years to be exact) but that can’t really be fixed without throwing other colors off so I left it as it is.

Sleeve-front:  This is a relatively thick sleeve so it survived very nicely.  I did very little to it.  The scanner did want to alter the color so I had to fight with that a bit.  Beyond that, it was pretty easy to prepare.

Sleeve-back:  Same thing here.  This isn’t bad at all.  Again, this had yellowed very slightly but couldn’t fix this either.  Actually, I’m kinda glad I didn’t.  It just looks its age.

Back cover:  The back is decent.  Again, a little yellowed but as before, I can’t get rid of it without throwing everything else off.

Labels:  Both labels are in very nice shape.  The scanner got these colors all wrong so I had to adjust them at the scan stage and again in Photoshop.  The scanner got the red completely wrong and made the black too vivid.  I could only fix one at a time so I adjusted the red at the scan stage and then fixed the black with my Quick Selection Tool to get the proper shade.  The text in the red part of the labels is difficult to read but it’s no picnic when they’re in front of me either.  I had to take the “L” on that one.